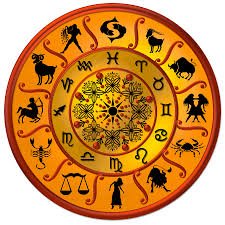 Astrology as a science has often drawn criticism and is considered a pseudoscience that predicts future events and accords importance to the movement of planets, stars and constellations in human lives. The culture of astrology can be traced to the ancient Indians, Chinese and Mayans who studied astronomical movements to predict terrestrial events. In Ancient Babylonia, night sky watchers divided the sky into twelve segments that corresponds to the twelve signs of the astrological chart. Astrology was also practised in Mesopotamia, Ancient Greece and Rome.

Yet many people study astrology as it is intriguing and thrilling in its own way. Vedic astrology or Hindu astrology can be categorised into three main branches- Siddhānta, Samhitā and Horā. Siddhānta is the study of the planetary and celestials positions to create the Hindu calendar Pānchānga. Samhitā studies and predicts events such as wars, earthquakes, economy, domestic matters, omens etc while Horā predicts the events in a man's life cycle based on his birth chart. Astrology of the Vedas studies Rāśi (zodiac signs), Nakshatras (the 27 divisions of the sky), Grahas (planets), Daśā-s (planetary periods), Gocharas (planetary combinations) etc to predict events and occurrences.

Western astrology endeavours to study personalities and predict events based on the twelve signs of the Western zodiac. The signs of the zodiac are believed to be different from each other in their way of expressing and projecting themselves. One of the four elements-fire, earth, air or water-is accorded to the signs of which fire and air are considered masculine elements and water and earth feminine. Based mainly upon the construction of a horoscope, the most common horoscope in Western Astrology is the natal chart which predicts aspects of a person's personality and his life events based on his date of birth.

Chinese astrology on the other hand is based on the theory of the three harmony-heaven, earth and water- and uses the concepts of yin and yang. Two cycles, namely the Five Elements and the twelve zodiac animals, interacting with each other gives rise to Chinese astrology which uses the system to predict a person's destiny.

Astrology as a subject is interesting and finds numerous hobbyists dedicating their time to its study. Its popularity also stems from the need of humans to predict the future and find solutions to the problems facing them in life.

At Hobbylancer, write articles on astrology, consult authentic astrologers and study the pseudoscience if you wish to know more about it. Interact with other astrology enthusiasts, share your views and learn how to recognise various signs based on their behaviour and personality. Expand your knowledge and explore the zodiacs at Hobbylancer! Cotton and Embroidery Mask by RUMKI